Let All Things Their Creator Bless

The Veritas Series for Faith and Culture endeavors to foster learning and dialogue by gathering our community together, as we seek to live lives of faith and justice.
The word “veritas” comes from the Latin word meaning “truth”. It is taken directly from the College motto: “Christus est Via, Veritas et Vita” (Christ is the Way, the Truth and the Life). The pursuit of truth is at the centre of our mission.

In his Apostolic Constitution of 1990, Saint John Paul wrote, “A Catholic University, as any university, is immersed in human society...Imbued among its research activities, therefore, will be a study of serious contemporary problems in areas such as the dignity of human life, the promotion of justice for all, the quality of personal and family life, the protection of nature, the search for peace and political stability, a more just sharing in the world’s resources, and a new economic and political order that will better serve the human community at a national and international level. (32)”

The 18th century composer Joseph Haydn wrote: “At the thought of God my heart leapt for joy, and I could not help my music’s doing the same.” Haydn’s words speak not only to his own spiritual experience but of a rich understanding that music transforms everything that it touches.

This year’s series will welcome composers, performers, liturgists and activists who invite us into the Divine Dance. 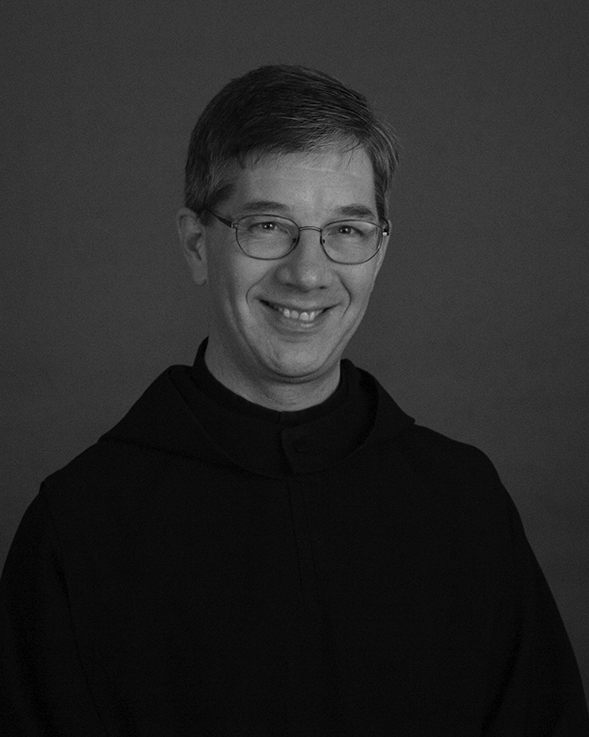 Fr. Anthony Ruff, OSB is a monk of St. John’s Abbey and associate professor of theology at St. John’s University and School of Theology and Seminary. He serves as abbey music director. He is the founding director of the National Catholic Youth Choir. He chaired the international committee that wrote the English chant for the 2011 Roman Missal, and has served on the board of the National Association of Pastoral Musicians and the leadership team of the Catholic Academy of Liturgy. Fr. Ruff has written several publications and presents internationally in the areas of hymnody, Gregorian chant, liturgy, and liturgical music. He is moderator of the popular liturgy blog “Pray

What is the fate of liturgical music amid new media and individualized worship practices?  This lecture will address this conversation within the emerging interdisciplinary academic inquiry of Media and Religion.  How might we rethink our approach to liturgical music in a 2.0 world? 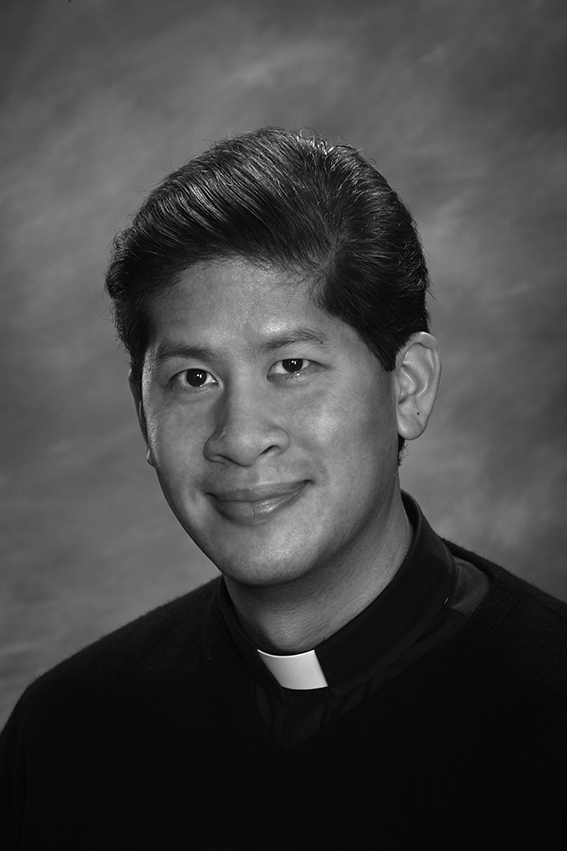 Rev. Ricky Manalo, CSP, PhD is a Paulist priest and a liturgical composer, currently teaching at Santa Clara University.  He also serves as the main facilitator of the Cultural Orientation Program for International Ministers/Priests (COPIM) of Loyola Marymount University. He studied composition and piano at the Manhattan School of Music, theology at the Washington Theological Union, and liturgy, culture, and sociology at the Graduate Theological Union (GTU), Berkeley, CA. Fr. Manalo’s music is published chiefly by Oregon Catholic Press.  Currently, Fr. Manalo is a member of a USCCB steering committee which is creating a national pastoral plan for U.S. Asian Pacific

Sponsored by the London District Catholic School Board

October 20 (FRIDAY) 8:30 am - 3:00 pm
for teachers, chaplains and faith ambassadors
Click here for more information and to register for this workshop.
Deadline to register: October 13

October 21 (SATURDAY) 8:30 am - 3:00 pm
for parish members, musicians and choir members
Click here for more information and to register for this workshop.
Deadline to register: October 13

Participation: It’s Kind of a Religion with Me

In an era of deconstruction of art, sacred music in many churches has taken a particularly hard hit. When looking for an explanation, many have taken to blaming the medium for obscuring and even subverting its purpose, that is, communal worship. This talk will explore, through musical experience, a different perspective with a more hopeful outlook: that communal singing in church is both an instrument and a sacrament of conversion, and creates in action an image of the body of Christ. 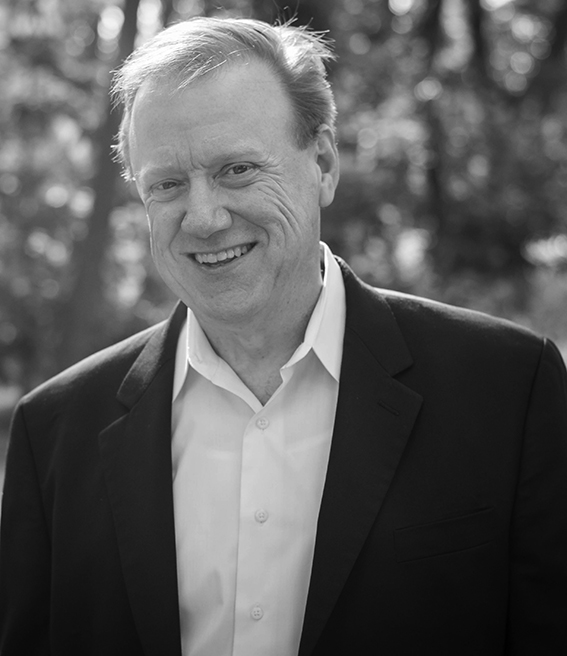 Rory Cooney has been Director of Liturgy and Music Ministries at St. Anne Catholic Community in Illinois since 1994. From 1985 through 2014, he served as a team member with the North American Forum on the Catechumenate throughout the US, Canada, England, and Ireland, empowering ministers to grasp the vision of the Rite of Christian Initiation of Adults. Rory’s compositions, written over five decades since 1971, appear in hymnals and worships aids of Roman Catholic, Presbyterian, Lutheran, and Mennonite communities. He was the 2014 recipient of the Pastoral Musician of the Year award from the National Association of Pastoral Musicians (US). His articles have appeared in Pastoral Music and other periodicals.

“shxwelítemelh” is the Halq’emeylem adjective for settler or white person’s methods/ways. It comes from the noun “xwelítem” (settler), a word that more specifically means “starving person”. The word speaks directly to the historical encounter between xwélméxw (Stó:lŌ people) and newcomers to S’olh Temexw (Stó:lŌ territories) during the gold rush. In 1858 thousands of men arrived in a bodily state of starvation, and also brought with them their hunger for gold. “shxwelítemelh” thus also more accurately means “a settler’s hungry orientation toward something.” Dr. Robinson will examine settler colonial states of perception as states of starvation, and asks mores specifically how settlers might decolonize the ways they listen. 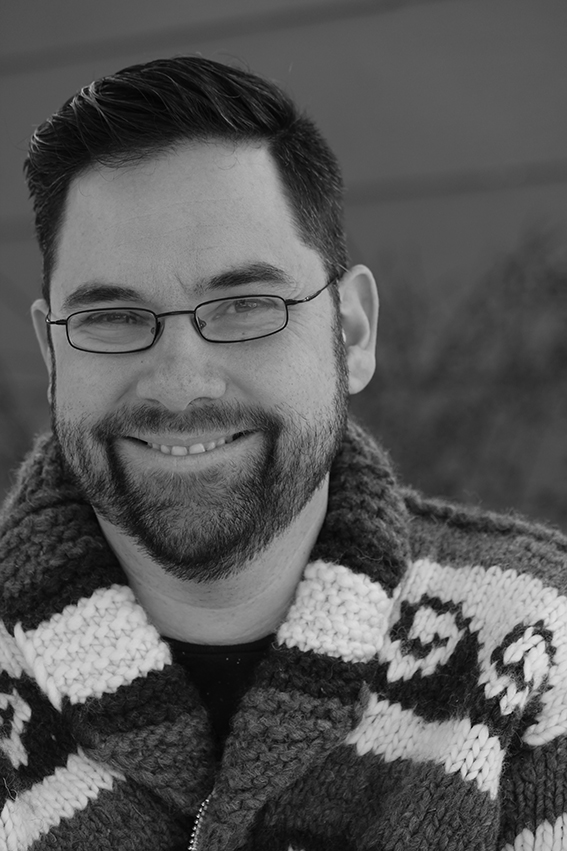 Dylan Robinson, PhD is a scholar of Stó:lŌ descent who holds the Canada Research Chair in Indigenous Arts at Queen’s University, located on the traditional lands of the Haudenosaunee and Anishinaabe peoples. He is the co-editor of the collection Opera Indigene, that surveys the history of Indigenous representation in opera and the lesser-known history of opera created with and by Indigenous artists. Robinson’s most recent book, the edited collection Arts of Engagement (Wilfrid Laurier University Press, 2016), examines the role that the arts and Indigenous cultural practices played in the Truth and Reconciliation Commission on the Indian Residential Schools. His forthcoming book, Hungry Listening, focuses on practices of listening from settler colonial and Indigenous perspectives.

The Breaths of Fragrance:
The Art of Qur’an Recitation

The art of Quranic recitation remains the fountain from which flows the major themes of art in the Islamic tradition. An introspection of how Muslims recite their Holy Book sheds light into how they understand chanting and its role in expressing beauty and building harmony with the Divine, fellow creatures and the universe.This lecture examines how Quranic melodies contrasts with various classical and modern understandings of music. 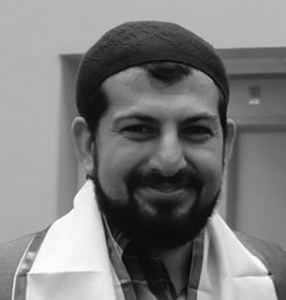 Qutaiba Albluwi, PhD is an instructor of Quranic recitations and Islamic law. He holds a PhD in Digital Forensics from the University of Rhode Island, USA and M.Sc in Computer Science from Queens University. Born in Mecca, Saudi Arabia he has lived in UAE, Malaysia, USA and moved last year to Canada. He served as a member of the University of Rhode Island Chaplains Association and as an Imam of the Muslim Community Center of Kingston, RI. He works in academic teaching, education consultancy and IT security research. He is a student of Islamic spirituality and offers services in the areas of nonviolence training and multifaith dialogue.

The Voice of My Beloved is Knocking:  Singing Jewish Prayer

Join singer, prayer leader and educator Aviva Chernick as she weaves together concert and prayer, study and sing along while exploring the musical voice in Jewish prayer. Aviva will transport her listeners with the meditative and transcendent character of her soulful singing.  She will explore the relationships of breath/spirit, creativity/divinity, nature/renewal, as well as family and community in meaningful ways in this deeply heartfelt and personal offering. 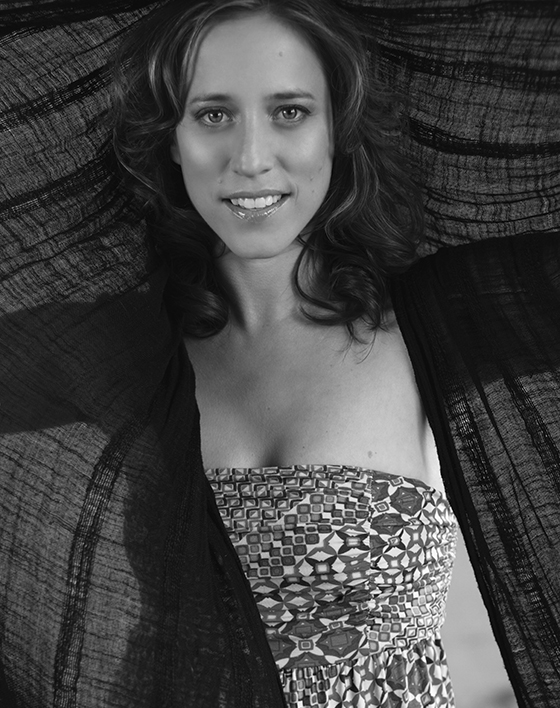 Aviva Chernick is a cantorial soloist, leading prayer at congregations in and around Toronto as well as travelling to congregations around North America as a guest leader, teacher and facilitator of her engaging group vocal and spiritual workshops. Writing, recording and touring an original combination of world music sung in Hebrew, Ladino, English and French, this multi-lingual singer collaborates with some of Canada’s best world music makers as well as international virtuosos. Aviva’s recordings have garnered nominations and awards including a Canadian Folk Music Award (CFMA) Nomination for her recent self-titled project of original devotional songs When I Arrived You Were Already There, and as the lead singer with the two-time Juno Award-nominated world music ensemble Jaffa Road.