From Death to Life:

The word “veritas” comes from the Latin word meaning “truth.” It is taken directly from the College motto “Christus est Via, Veritas et Vita.” (Christ is the Way, the Truth and the Life.) The pursuit of truth is at the centre of our mission.

In his Apostolic Constitution of 1990, Saint John Paul wrote,  “A Catholic University, as any university, is immersed in human society; as an extension of its service to the Church, and always within its proper competence, it is called on to become an ever more effective instrument of cultural progress for individuals as well as for society. Imbued among its research activities, therefore, will be a study of serious contemporary problems in areas such as the dignity of human life, the promotion of justice for all, the quality of personal and family life, the protection of nature, the search for peace and political stability, a more just sharing in the world’s resources, and a new economic and political order that will better serve the human community at a national and international level. (32)”

The Veritas Series for Faith and Culture endeavours to foster learning and dialogue by gathering artists, scholars and theologians, who support and challenge us in living lives of faith and justice.

This year’s series will address the questions that arise from suffering and death and will propose answers for how we might find hope and peace in the promises offered to us by God.

The Christian approach to death is charged with meaning, since we recognize that death is an
essential part of life. We are challenged in many ways to die to ourselves so that we might rise to
greater things, just as the seed must fall into the ground and die in order to produce great fruit.
Christ’s Resurrection reverses our idea of finality, giving us hope and meaning for our lives and deaths as well as helping us confront some of the bioethical dilemmas found in today’s ‘Culture of Death.’ 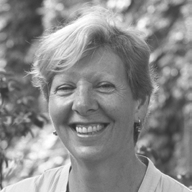 Moira McQueen, LLB, MDiv, PhD, graduated in law from the University of Glasgow, Scotland. After her Master of Divinity Degree from the Faculty of Theology, University of St. Michael’s College and the Toronto School of Theology, she earned a PhD in moral theology, also from St. Michael’s. She teaches moral theology at St. Michael’s Faculty of Theology, and has written and co-authored articles in bioethics, fundamental ethics and other areas. She was appointed Executive Director of the Canadian Catholic Bioethics Institute in July 2004. Pope Francis
appointed her to the International Theological Commission in 2014 for a five-year term.

Dealing with grief and loss can be both difficult and transformative.  Within the experience of pain and loss are powerful gifts. How do we open our eyes to the potential blessings inside sorrow?  What is life-giving to the heart and able to sustain hope? 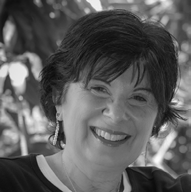 Paula D’Arcy is a writer, retreat leader, and conference and seminar speaker. She is also President of  the Red Bird Foundation, which supports the growth and spiritual development of those in need as well as those invested in the opening of the heart and the healing of this world. She is a former psychotherapist who ministered to those facing grief and loss, worked with the Peale Foundation, and has written ten books. Today Paula leads workshops on spirituality, writing, and hosts women’s gatherings. She serves as adjunct faculty at Oblate School of Theology in San Antonio, TX and Seton Cove Spirituality Center in Austin, TX.

The Eucharist and the Three Days: Memory, Passing Over, and Christian Time

In our conversations we may speak of spending time or fruitlessly wasting it, but the Eucharist shows us a different way of seeing time. The story begins with the Passover. For first-century Jews like Jesus and his disciples, this was more than an annual holiday. Rather, through the enactment of social memory they too were released from bondage and called to a special mission. For Christians, too, to celebrate the Passover meal of the Eucharist means to enter into Jesus’s passion, death, resurrection, ascension to heaven, and coming kingdom. In the “time out of time” of the Triduum, the Holy Thursday Mass of the Lord’s Supper reveals a eucharistic time in which the world and God meet. What does this celebration of the Paschal Mystery say to the endless to-do lists and anxiously watched clocks of the modern world? 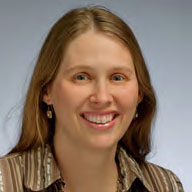 Kimberly Hope Belcher is an Assistant Professor in the Department of Theology at the University of Notre Dame. She
does research in sacramental theology and ritual studies. Her current work explores how seeing the Eucharist as human ritual can enhance an understanding of it as the work of the Trinity, and help the West recover the sacramental role of the Holy Spirit. Her book, Efficacious Engagement, was published in 2011, and she writes regularly for the periodical Give Us This Day and the liturgy blog PrayTell.

Grief is the response to change and loss, and is often viewed as something we need to “get over” in order to return to life again. However, even though grief can be a very painful experience, it can be a highly transformational time in our lives as well. In this lecture, we will explore the adaptive and positive ways in which grief can deepen us, open us to the suffering of others, and allow us to tap into our innate resilience and potential for living fully. 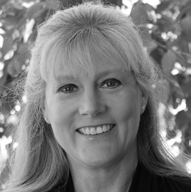 Darcy Harris, Ph.D., FT is  Associate Professor and Thanatology Coordinator at King’s. She maintains a clinical practice with a specialization in issues related to change, loss and transition. She has published many articles, book chapters, and books including: Counting Our Losses: Reflecting on Change, Loss, and Transition in Everyday Life (Routledge), Grief and Bereavement in Contemporary Society: Bridging Research and Practice (Routledge), Grief Counseling: Principles and Practice (Springer), Promoting Social Justice in Loss and Grief (Baywood). She is the Series Editor for the Death, Value, and Meaning Series with Baywood Publishing Company.

Christ says that he has come that we might have life? Are we not then, already, alive? What is this life that Christ brings, how is it connected to his Passion—his death and resurrection—and what does this say about what it means to be human, in the image and likeness of God’? This talk will reflect on these fundamental themes by bringing to bear the unique witness, and words, of the early martyrs and those Fathers who reflected and wrote upon the testimony to the work of God that they demonstrated. In the light of what we find in the early centuries of Christianity, the lecture will conclude by asking difficult questions about how we are to bear witness and minister to the life brought about by Christ, through death, in a world where we no longer ‘see’ death, where the traditional liturgy of death in all its dimensions is all but erased. 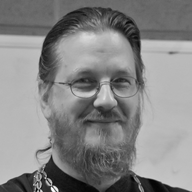 Very Rev. Dr. John Behr  is the Dean of St. Vladimir’s Orthodox Theological Seminary and Professor of Patristics. His
early work was on asceticism and anthropology, focusing on St .Irenaeus of Lyons and Clement of Alexandria (OUP 2000). After spending almost a decade in the second century, Fr. John began the publication of a series on the Formation of Christian Theology, and has now reached the fifth and sixth centuries. He has published numerous monographs with SVS Press and OUP, most recently an edition and translation of the fragments of Diodore of Tarsus and Theodore of Mopuestia and a monograph on Irenaeus

Understanding the Holocaust Multireligiously: From Dialogue to Trialogue and Beyond

The genocide of European Jews on a predominantly Christian continent led to a new conversation between Jews and Christians, becoming a significant theme in interreligious relations.  In recent years, many Jewish-Christian conversations have expanded to include Muslims and members of other religions. What significance does the Holocaust have in this broader context? What historical and theological insights are emerging from these encounters?  Victoria Barnett, Director of the Programs on Ethics, Religion, and the Holocaust at the U. S. Holocaust Memorial Museum, will describe how these developments are shaping our understanding of the Holocaust. 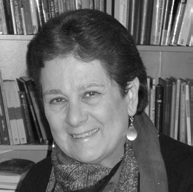 Victoria Barnett, PhD,  is Director of the Programs on Ethics, Religion and the Holocaust at the United States Holocaust Memorial Museum. From 2004 to 2014, she served as one of the general editors of the Dietrich Bonhoeffer Works, the English translation series of Bonhoeffer’s complete works that was published by Fortress Press. She is a graduate of Indiana University, Union Theological Seminary, and George Mason University.  She has published several books, and has written numerous articles and book chapters on the role of religious leaders and institutions during the Holocaust.

The Requiem mass, a rite that honours the dead, has roots that can be traced to ancient times. The structure and formularies of the mass have varied over time and thousands of choral settings have been composed.  King’s University College Chamber Choir and guest soloists, under the direction of Janet Loo, will perform two beautiful and poignant settings, written over 100 years apart: one by the highly influential 19th-century French composer, Gabriel Fauré, and the other by renowned Canadian contemporary composer, Eleanor Daley. 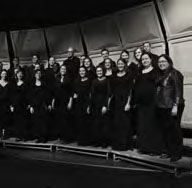