The art used for this year’s series is from award-winning, London painter, Jamie Jardine. Best known for his landscapes of Canada, his work can be viewed at www.jamiejardine.ca.

The Veritas Series for Faith and Culture endeavours to foster learning and dialogue by gathering artists, scholars and theologians, who support and challenge us in living lives of faith and justice.

The word “veritas” comes from the Latin word meaning “truth”. It is taken directly from the College motto “Christus est Via, Veritas et Vita” (Christ is the Way, the Truth and the Life). The pursuit of truth is at the centre of our mission.

In his Apostolic Constitution of 1990, Saint John Paul wrote, “A Catholic University, as any university, is immersed in human society...Imbued among its research activities, therefore, will be a study of serious contemporary problems in areas such as the dignity of human life, the promotion of justice for all, the quality of personal and family life, the protection of nature, the search for peace and political stability, a more just sharing in the world’s resources, and a new economic and political order that will better serve the human community at a national and international level. (32)” In 2017, Canada will celebrate the 150th anniversary of Confederation. It is an opportunity to call to mind not only where
we have been, but to reflect on our future in a spirit of hope. 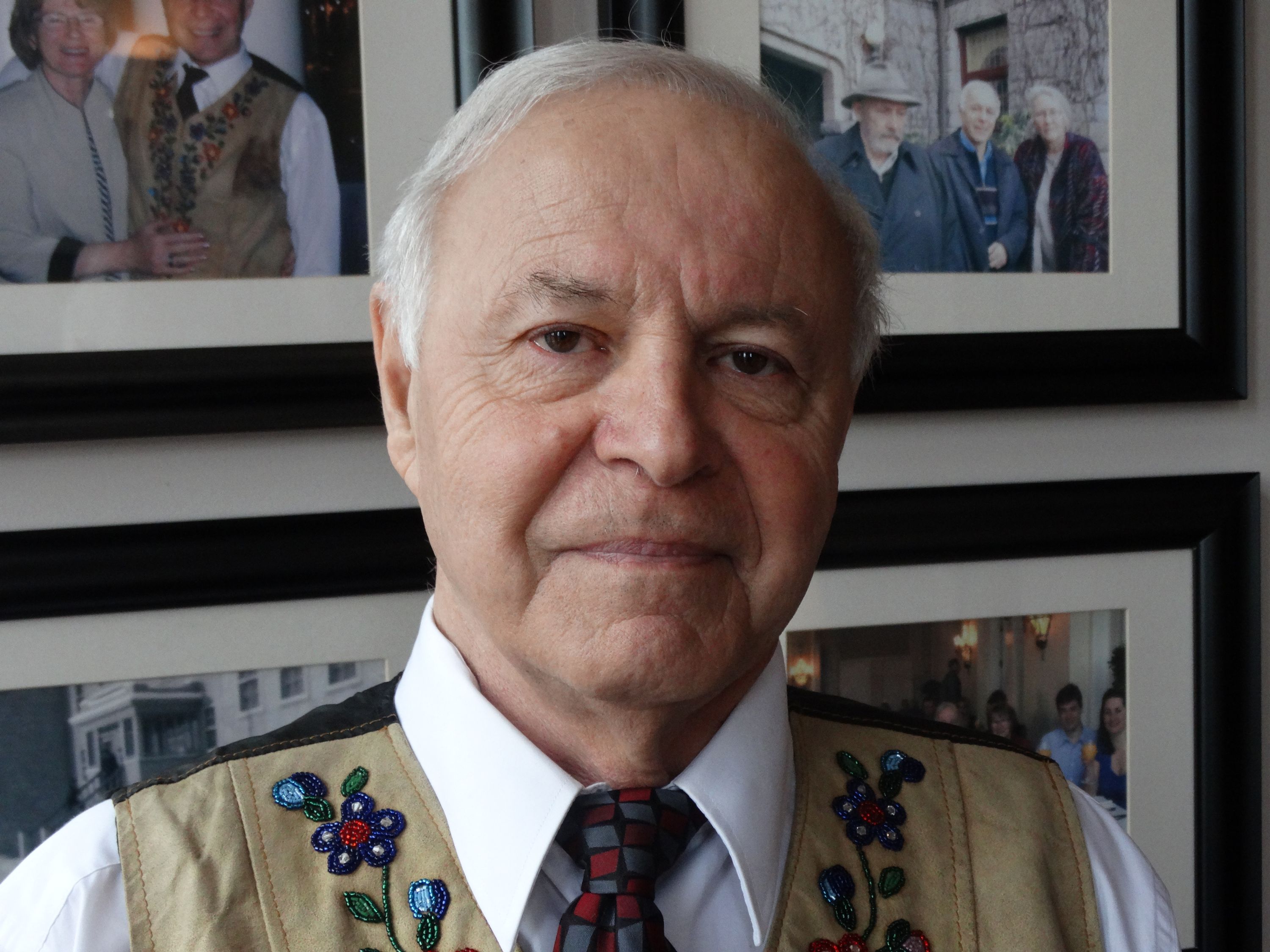 Senator Nick Sibbeston is a member of the Dene Nation from Fort Simpson in the Northwest Territories with a long history of involvement in public and church life. As a Residential School survivor, Sibbeston went on to become a lawyer and a politician, serving as Premier of the territory from 1985-87. He has represented the NWT in the Senate since 1999. He wrote about his relationship to religion in his recent autobiography, You Will Wear a White Shirt.

Which Religion Will Win: The Problem of Triumphalism in Christian-Muslim Relations

Christianity and Islam share certain similar features. One is that they have both been characterized as “predatory religions”. Some have argued that this common feature stems from the universal truth claims of both traditions which impel Christians and Muslims to seek local and even global domination. Many maintain the way out of this problem is for both Christians and Muslims to engage in a radical revision of their respective truth claims. This presentation asks whether this is the only way out, or whether reframing the problem allows for a different approach and a different solution. 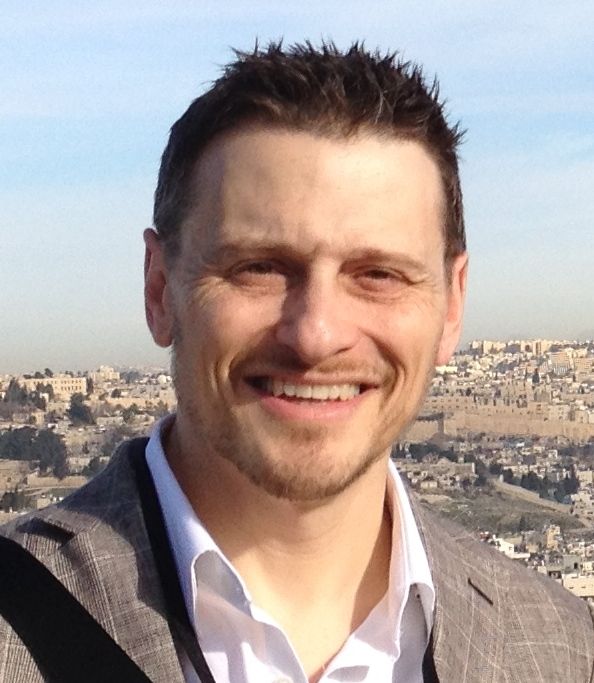 Scott C. Alexander, Ph.D. is currently Associate Professor of Islamic Studies and Director of the
Catholic-Muslim Studies Program at Catholic Theological Union in Chicago. He is a regular consultant
on Catholic-Muslim relations for the United States Conference of Catholic Bishops and the Catholic Association for Diocesan Ecumenical and Interreligious Officers. He is co-editor of the Journal of
Muslim Philanthropy and Civic Engagement, and sits on the editorial board of the Journal of Islamic Law and Culture.

What About My Choice? Where’s the Support?

An in-depth and interactive lecture that takes the audience through a pregnant student’s experience, from the positive pregnancy test to combining diaper bags and study groups. Ms. Brusie will offer thoughtful questions to reflect on the supports that are in place and their accessibility for pregnant
and parenting students on post-secondary campuses. 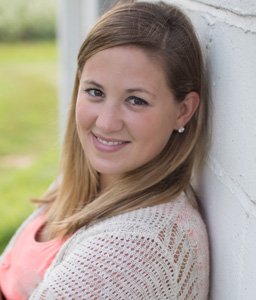 Chaunie M. Brusie, RN became a student mother her senior year of college. Ms. Brusie founded S.U.P.P.O.R.T., a campus organization dedicated to creating resources and support for pregnant and parenting students. She is the author of Tiny Blue Lines: Reclaiming Your Life, Preparing For Your Baby, and Moving Forward in Faith in an Unplanned Pregnancy. Ms. Brusie travels the country talking about her experience and has helped to lead other students in transforming their campuses with woman and parent-centered solutions.

Experiences of Migration: A Contemporary Dialogue with the Christian Tradition

The experiences of immigrants, refugees, and the communities that welcome or exclude them have intrinsic spiritual, theological, and ethical value. Canada’s 150th anniversary of Confederation is an opportune moment to dialogue with the Christian tradition and one another to interpret what their experiences may mean in light of faith and to discern how they call us to embrace our shared future in hope and love. Biblically and theologically informed perspectives on immigration can complement—and even outweigh—dominant accounts of immigration as an exclusively political, economic, or social
matter.

Victor Carmona, Ph.D. is Assistant Professor of Moral Theology at Oblate School of Theology. He received his doctorate at the University of Notre Dame. Before graduate studies, he served immigrants and urban communities with the Mexican Catholic Conference of Bishops and the Missionary Oblates of Mary Immaculate. His work on immigration has appeared in Blackwell’s Companion to Latino/a Theology (2015), the Journal of Catholic Hispanic Theologians of the United States, and Liguorian magazine. He also writes in El Puente, a blog with the Patheos Catholic channel.

Toinette Parisio, with the company of members from the L’Arche London community, will speak about the relationship in which they live. L’Arche, founded by Jean Vanier in 1964, consists of more than 140 communities around the world. The mission of L’Arche is to reveal “the gifts of people with intellectual disabilities to a world that needs them.” L’Arche offers an opportunity to look at the world differently; to build community where all belong, where vulnerability is a gift, and where difference is not a threat. L’Arche transforms us to become peacemakers in a world which needs compassion and peace. 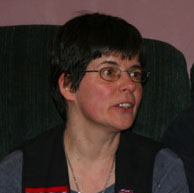 Marie Antoinette (Toinette) Parisio, Member of L’Arche London & Regional Leader for L’Arche Ontario. L’Arche is an international movement of intentional communities of people with and
without intellectual disabilities. Toinette then moved into the L’Arche community in Trosly-Breuil, France, in 1980. She was subsequently at L’Arche Palestine for three years. In 1986, Toinette, along with her family, joined L’Arche Stratford. In 1998, Toinette became Community Leader and Director of
L’Arche London. Today, Toinette is Regional Leader for L’Arche Ontario, consisting of nine communities.

In the Same Place... Geographical Locality as Contribution to Christian Unity in Prayer

February 2, 2017
Rev. Dr. Lizette Larson-Miller
(Sponsored by the Ecumenical Commission of the Diocese of London)

The Week of Prayer for Christian Unity – created in 1908 as an opportunity to pray together for the realization of Jesus’ own prayer, “that they may all be one.” “In the same place” is a recurring phrase in the New Testament which highlights the reality that being together, is Church, the body of Christ. What might using the ‘local church,’ Christians in a particular place, mean as a ‘communion of churches’ gathered for prayer? In this 150th anniversary of Canada, in this 500th anniversary of the reformations (and instit

utionalized disunity) within Western Christianity, being in this place, and praying together as Christians unified through common ground and social action may give us another way to understand prayer together as a mandatum novum.

Rev. Dr. Lizette Larson-Miller is Professor of Liturgy, Sacramental and Pastoral Theology at Huron
University College. Previously, she taught Liturgy and Sacramental Theology at the Graduate Theological Union in Berkeley, California. She is the author of The Sacrament of the Anointing of the Sick and Sacramentality Renewed: Contemporary Conversations in Sacramental Theology. She is an Episcopal Priest of the Diocese of California and has served as a parish musician. She is the current chair of the International Anglican Liturgical Consultation.

Why does the intersection of faith and politics cause so much discomfort for so many Canadians? Milloy will begin by examining our discomfort with the intersection of faith and politics. He will then argue that it is important, if not necessary, to have the values of faith-based communities and individuals brought to the sphere of public debate and discussion. Drawing from his political experience as well as his recent book Faith and Politics Matters (Novalis, 2015), which he edited and co-wrote, Milloy believes that faith has much to offer our society. With so many of our challenges requiring the acceptance of collective responsibility and action, Milloy argues that it makes sense for us to welcome the contribution of those whose central belief is love of neighbour through self-sacrifice.

John Milloy, DPhil is a former Ontario cabinet minister who served as MPP for Kitchener Centre
from 2003 to 2014. Prior to that, he worked on Parliament Hill, including five years with Prime
Minister Jean Chrétien. He is Assistant Professor of Public Ethics at Waterloo Lutheran Seminary and is the Co-Director of the seminary’s Centre for Public Ethics. He is also the inaugural Practitionerin-
Residence in Wilfrid Laurier University’s Political Science department, and a lecturer in the University of Waterloo’s Master of Public Service program. Milloy holds a doctorate in Modern History from Oxford University.

How God Dwells in Our Love of Each Other

Through the lens of the Catholic faith, Fr. Radcliffe explains how Christianity is an invitation to a particular freedom and happiness - the happiness that is God being God. All Christians claim that God is love. We know that our love of each other is human, but we can undervalue how it is also a sharing in the life of God. Along with Pope Francis, Fr. Radcliffe resists the culture of individualism and assures us that by stretching ourselves open to love others, we share in the life and love that is God. 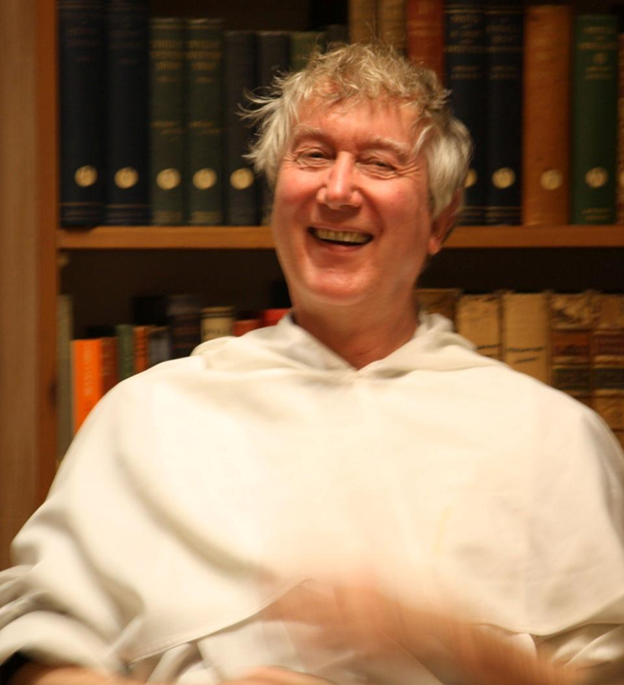 Timothy Radcliffe, O.P. is a Roman Catholic Priest and Dominican Friar. Fr. Radcliffe taught scripture at Oxford University at Blackfriars and served as the ex officio Grand Chancellor of the Pontifical University of Saint Thomas Aquinas, Angelicum in Rome. He has authored several books, including I Call You Friends, Seven Last Words, and Why go to church? The drama of the Eucharist. His books have been translated into 23 languages. In 2015, Fr. Radcliffe was named by Pope Francis as a
Consultor to the Pontifical Council for Justice and Peace.