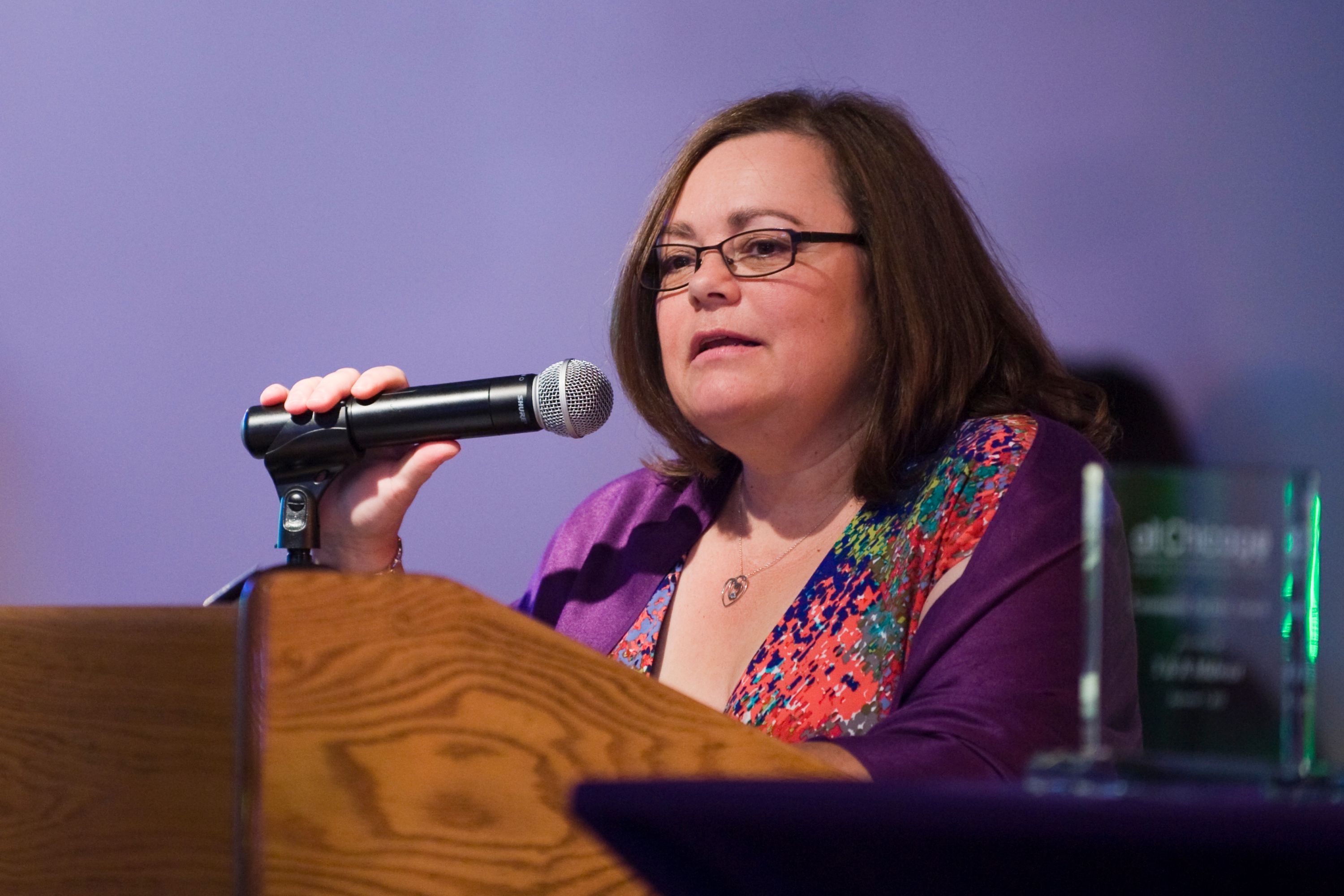 Dr. Brennan is one of six outstanding women and men who will be presented with honorary degrees during this autumn’s convocation. Nonnie Brennan has spent a career working with the homeless. She is CEO of the anti-poverty organization, All Chicago Making Homelessness History.

“A native of London, proud alumna of King`s and distinguished graduate of Western, Nonie Brennan is a powerful force for positive change in society. She embodies the reality that an education grounded in the liberal arts can be a pathway for a life of thoughtful, critical citizenship oriented to building the common good,” says King’s Principal, Dr. David Sylvester.

Dr. Brennan attended high school in London and completed her BA in English at King’s in 1984. While working in the field of homelessness, Dr. Brennan earned her MA in Public Service from DePaul University in Chicago, Illinois and her PhD in Management from Case Western Reserve University in Cleveland, Ohio.

Dr. Brennan’s work has been recognized by the Chicago Department of Public Health, the State of Michigan, the mayor of Chicago and others. She was the winner of the 2015 Alumni Award of Distinction at King’s. The King’s University College Alumni Award of Distinction celebrates achievement, commitment and service to the community. She nurtures her ties to the King’s community and gave a talk at King’s Hour in 2016 entitled “Building effective nonprofits through leadership, relationships, and collaboration.”

For Dr. Brennan, working with the homeless and those at risk of homelessness is much more than a day job, it’s her calling. “Every day we pay someone’s rent which allows them to stay in their home instead of ending up in a shelter or on the street. Every day we move a family off the street or out of a shelter and into stable housing. Every day, we work to strengthen the system for housing and homelessness in Chicago. Life doesn’t get much better than that.”

King’s is pleased to welcome back to campus, Dr. Nonie Brennan as an honored guest for the fall convocation.