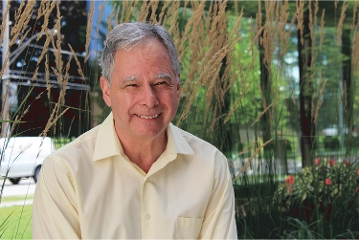 Professor Werstine has spent his career teaching Shakespeare and Medieval and Renaissance English Literature at King’s University College.  Among his teaching awards are the King’s College Award for Excellence in Teaching 2003, and awards from the graduating classes of 2003, 2007, and 2009. He is co-editor of the Folger Library Edition of Shakespeare’s plays and poems (1992-2010).  He is also co-general editor of the Modern Language Association’s New Variorum Shakespeare Edition.  Professor Werstine has written widely about the early printings of Shakespeare, the Shakespeare editorial tradition, and dramatic manuscripts, especially in Early Modern Playhouse Manuscripts and the Editing of Shakespeare (Cambridge University Press, 2012).  In 2010 he was elected a Fellow of the Royal Society of Canada.

The New Variorum Shakespeare Edition, published by the Modern Language Association of America, Dr. Werstin's volume-in-progress for which is Romeo and Juliet. This edition attempts to capture the entire reception history of a particular Shakespeare play, everything that has been said about the text and the meanings that can be made of it, every major editor's version of this text, the sources for the play, its history of production on the stage and the alterations made to its text for these productions. The most exciting current developments in this edition involve its electronic presentation, and the innovations are the work of Dr. Alan Galey, who holds a PhD from Western and an associate professorship at the University of Toronto.