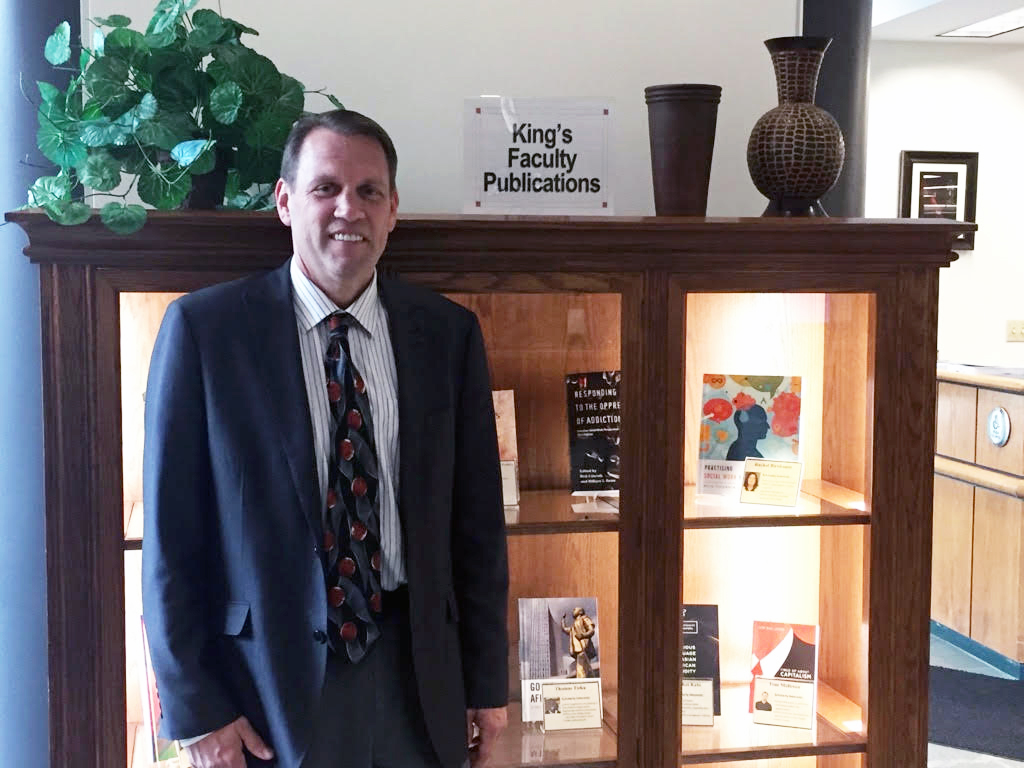 Thank you for setting some time aside to peruse the second annual edition of The King’s Undergraduate Research Journal. The 2018 volume includes eight articles that represent several departments and programs:  Criminology, English, History, Philosophy, Political Science, Psychology, Social Justice and Peace, and Thanatology. These papers collectively demonstrate some of the best analytic work produced by King’s students, having been vetted by faculty members and journal staff alike.

Socrates commented, “There is only one good, knowledge, and one evil, ignorance.” The reader will appreciate that the four women and four men who have produced the reports contained herein have committed firmly to that sacred objective, i.e., the indefatigable quest to pursue knowledge wherever the road might lead. Whether or not one agrees fully with their conclusions, the authors’ analyses and reflections on many facets of the human condition are worthy of serious consideration. In a “post-truth” world dominated by “alternative facts” and “fake news,” we are reminded by these excellent research papers that scientia ipsa potential est. 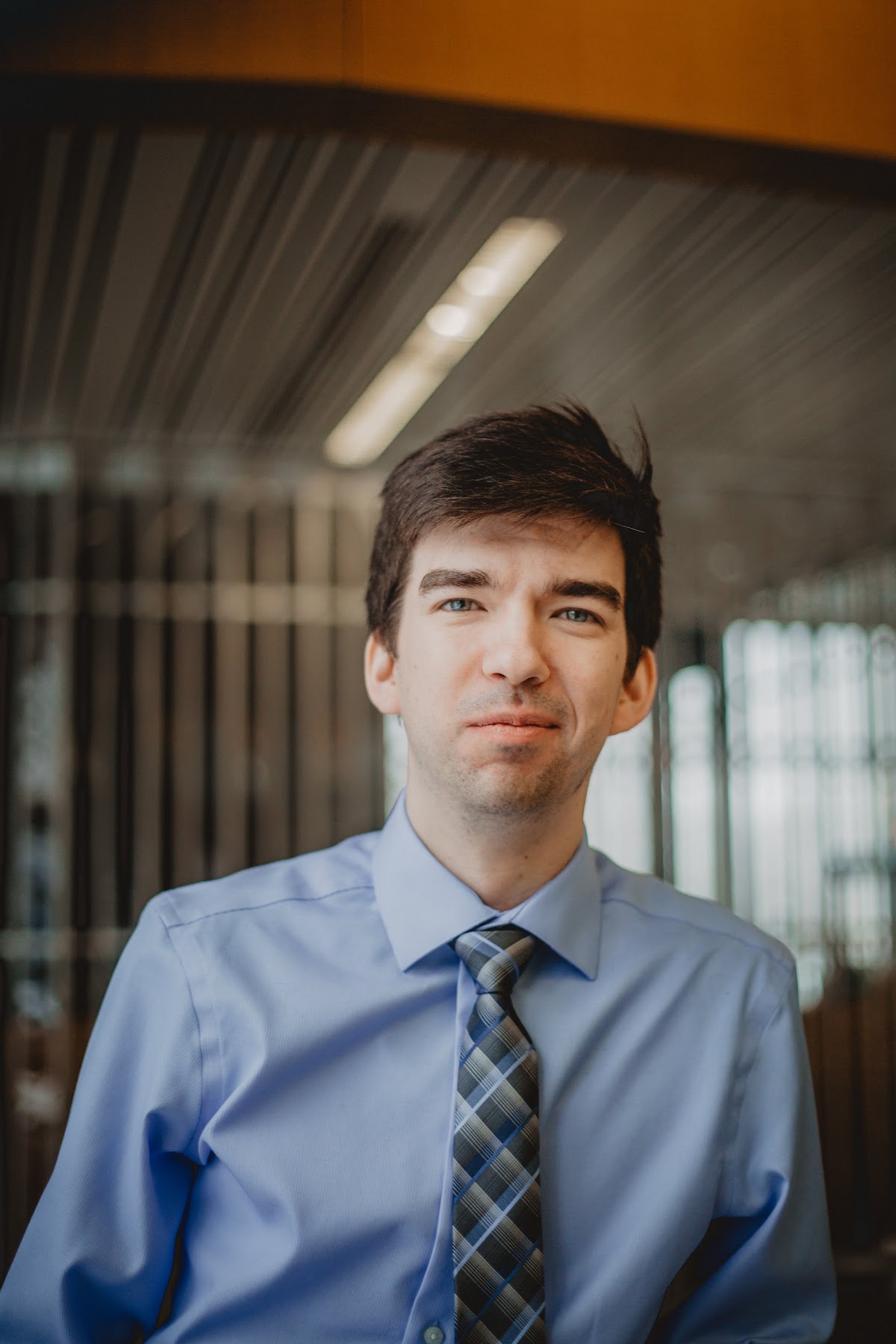 I am in my third year at King's studying philosophy and political science. For now, my main interests concern self-knowledge and skepticism in ancient and early modern sources, Wittgenstei'’s late writings on epistemology, and Hannah Arendt's thinking on the mind, the individual, and the community. These topics are connected by a worry about how epistemology should proceed and whether it can account for a life lived among others without obscuring the role of the self. After King's, I hope to carry on with philosophy at the graduate level and beyond. 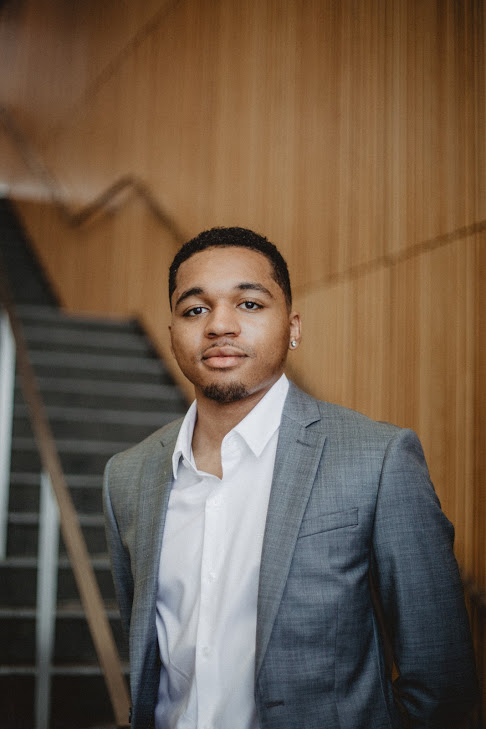 The Media, Islam, and Populism in the Fifth Republic Domonic McDonald

The Media, Islam, and Populism in the Fifth Republic

I am pursuing an Honours Specialization in Political Science with the King’s Scholar distinction. My areas of interest include inequality, the normative role of the state, and hegemony theory. I am also a Student Senator, and I represent all students of the affiliate colleges in Western's University Senate, where we implement and amend academic policy for the university. I intend to continue my study of political science to the doctoral level, after which I hope to establish myself as a scholar and expert in my areas of interest. 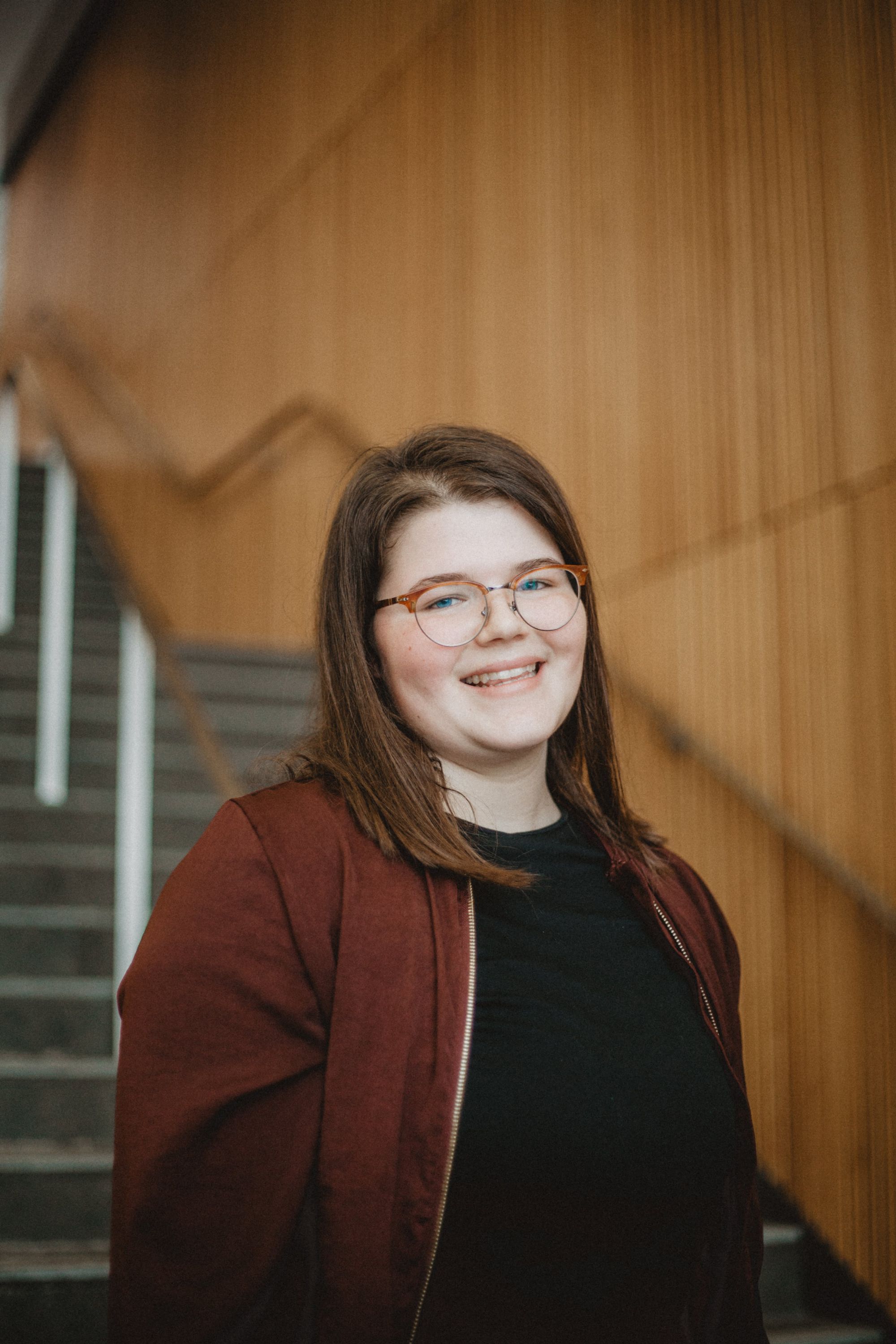 Words to Define a Culture: The Complexities of the "New Negro" Identity in the Harlem Renaissance Emma Wood

Words to Define a Culture: The Complexities of the "New Negro" Identity in the Harlem Renaissance

I am in my second year pursuing an Honours Specialization in English Literature and a minor in History. As a King's Scholar student, I often take an intersectional view of history, social culture and literature in my research. My interests include human rights, feminism, post-colonial studies and 20th century American literature. With a particular interest in social justice, I hope to pursue a Masters or law degree upon graduation. 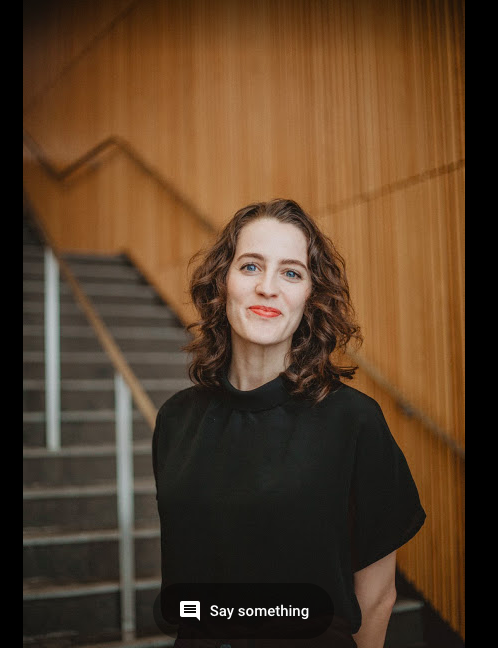 The Political Power of Song

I am currently completing my studies in both Social Justice and Peace and English Literature. I work as a singer-songwriter and am very interested in the relationship between art and social justice, both as an artist and a researcher. Upon finishing my degree, I will continue working in the music industry, striving to find ways to merge art and social justice in my field. Eventually, I also hope to complete an MFA in Creative Writing with a focus on poetry and fiction.

There is a potency in music; it affects listeners deeply and has the potential to create both positive and negative change. This paper focuses on the question of artistic freedom in the context of the public sphere. This question becomes even more pertinent when art is augmented by the platform fame provides. What role does the famous musician have in society? Do they have a responsibility to be political through their music? Or do they have full license to do whatever they please? This paper argues that artists should have full artistic freedom. However, in a society rife with injustice, famous musicians must be aware of the powerful position provided to them by their platform of fame. The research in this paper demonstrates that music has a unique and transformative power on its listeners; this power means that musicians must wield their craft carefully. Music can heal and transform, but it can also be destructive. The musician must, therefore, practice awareness and ensure that their art does not perpetuate violence or injustice. When artists release music that does perpetuate these things, the music industry and music fans should respond accordingly. The music industry in particular holds a tremendous amount of power in shaping what the public hears. This paper proposes different ways for both the music industry and fans to guide artists towards more progressive values. While artistic freedom is important, there are times when the well-being of the public can legitimately override an individual’s artistic freedom. Musicians must be aware of their art’s political implications when they release it into the public. 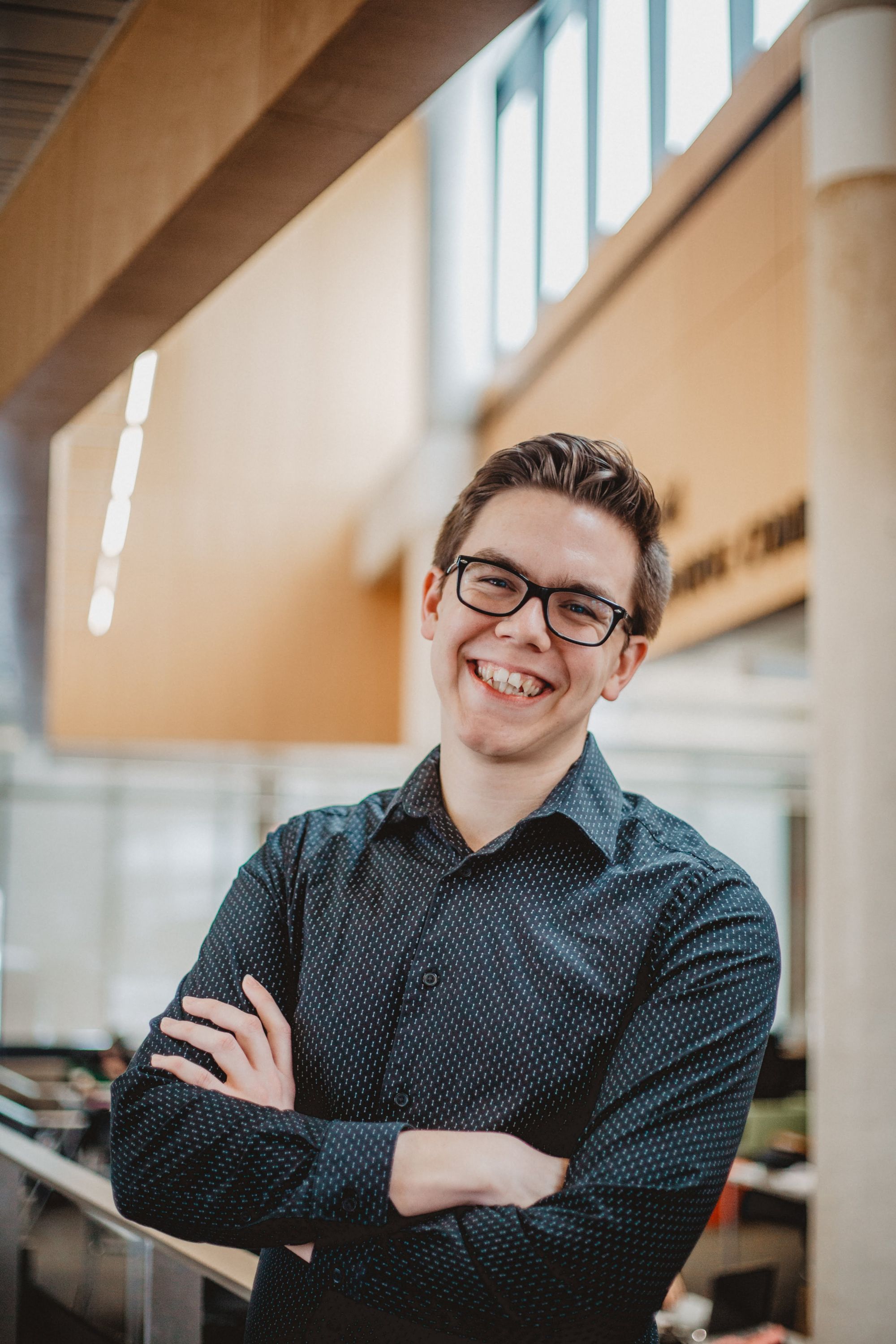 A Life Worth Living: Examined and Unexamined Grief Mark Shelvock

A Life Worth Living: Examined and Unexamined Grief

I have recently completed my Honors Double Major in Thanatology and Philosophy at King's University College. I cultivated my education in a unique way, as I explored the psychological and philosophical needs that surrounds death, meaning-making, existential identity, chronic illness, relationship dissolution, disenfranchisement, value formation, and the role of suffering, hope, and transcendence as they apply to adjustments in life. I am currently applying to Master of Arts programs that will allow me to continue my thanatological research, and I am working in the field of higher education. 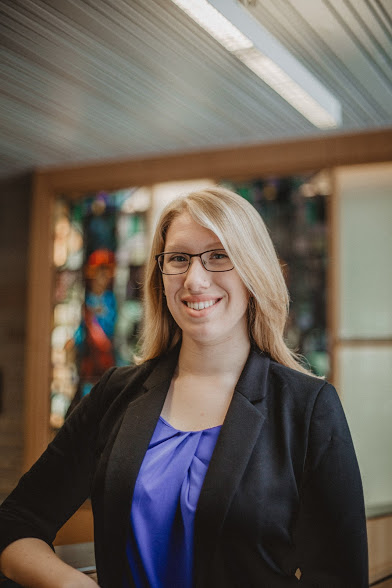 Rebecca Jesso is a full-time student at Western University in the Bachelor of Education program. In 2017 she graduated from King's University College with an Honors Bachelor of Arts, Double Major in Criminology and Psychology with distinction. She is passionate about equity, social justice, and inclusivity, and motivated to instill these values in her community and globally. She currently works as a dedicated developmental service worker, and eventually plans on completing a Master’s degree in a psychology related discipline. 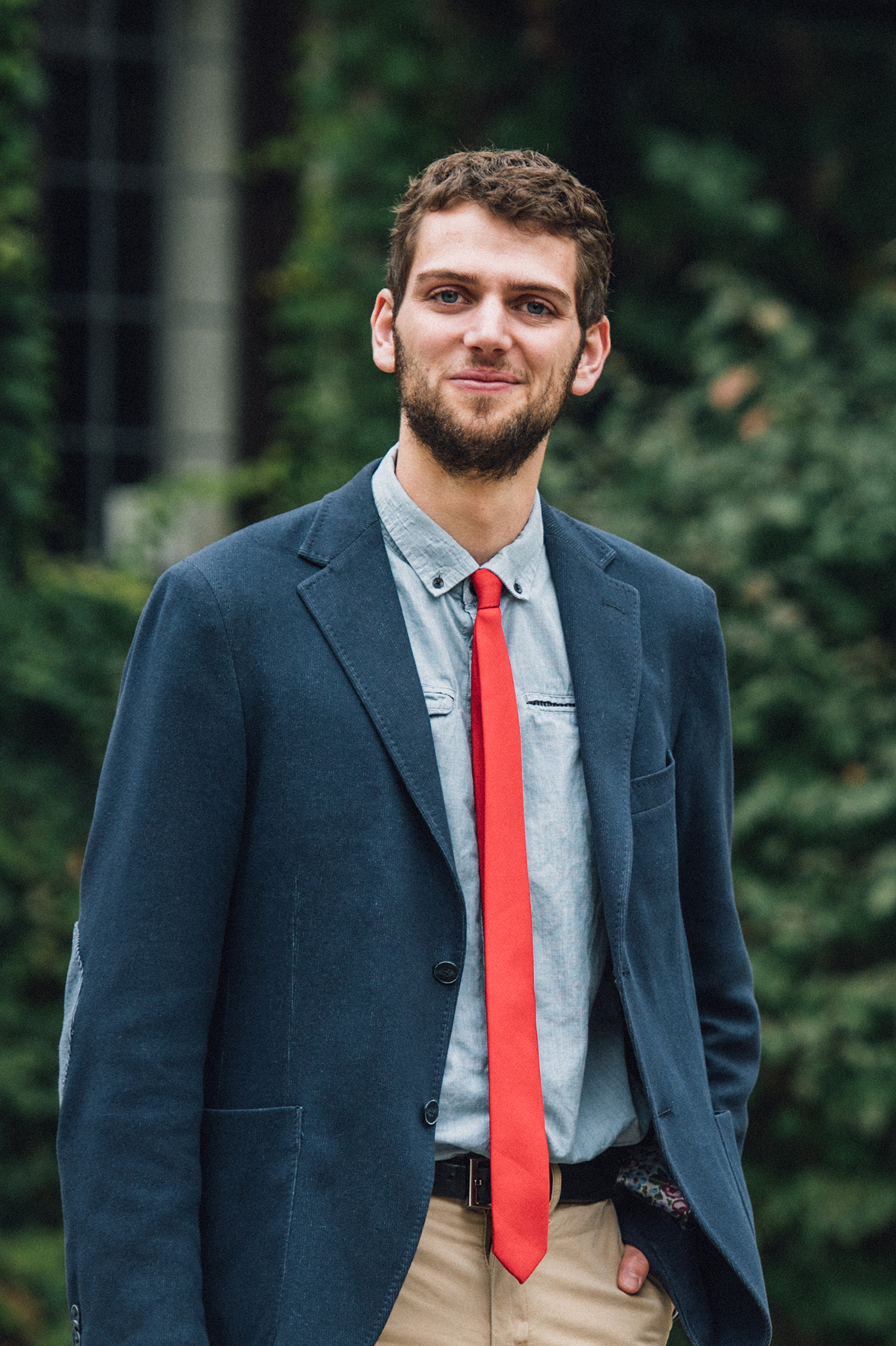 Sam Boer is a graduate of King's University College's English program (Hon. Bachelor of Arts, 2017), where he was Vice-President Student Events of King's Students' Council, improviser in the King's Players Theatre Company, and tenor in the King's Choir. He plays drums in touring folk-rock outfit The Lifers and performs original music under the moniker Samson Wrote. Sam's academic work has been published in Western's Nota Bene musicology journal and his comics research was highly commended by the international Undergraduate Awards.

Though graphic novels are slowly being accepted into the world of academic criticism, one fundamental aspect of the medium has been consistently ignored, dismissed, and ridiculed as a crude necessity: textualized sound. Visual onomatopoeias, most recognizably depicted as sound effects for gunshots, car chases, and the like, have a long history in the medium of comics. Though these textualized sounds may have originated as a device of necessity—a clumsy means of employing sound into a “mono-sensory medium” (to quote Scott McCloud)—the implementation of onomatopoeia in comics has become an integral device in defining an author’s style and heightening narrative impact. This creative, purposeful implementation of sound is epitomized in the work of renowned graphic novelist Frank Miller. This paper argues that, in his works Sin City and Batman: The Dark Knight Returns, Miller uses sound for several unique purposes: reflecting themes present in his work; heightening the sense of physical space within and beyond panel borders; contributing to plot; evoking texture; and embodying character. The sound effects Miller implements in these works redefine the possibilities of this integral component of most comics. Miller aligns himself with the tradition of sound effects in comics while simultaneously demonstrating the experimental possibilities of this device. 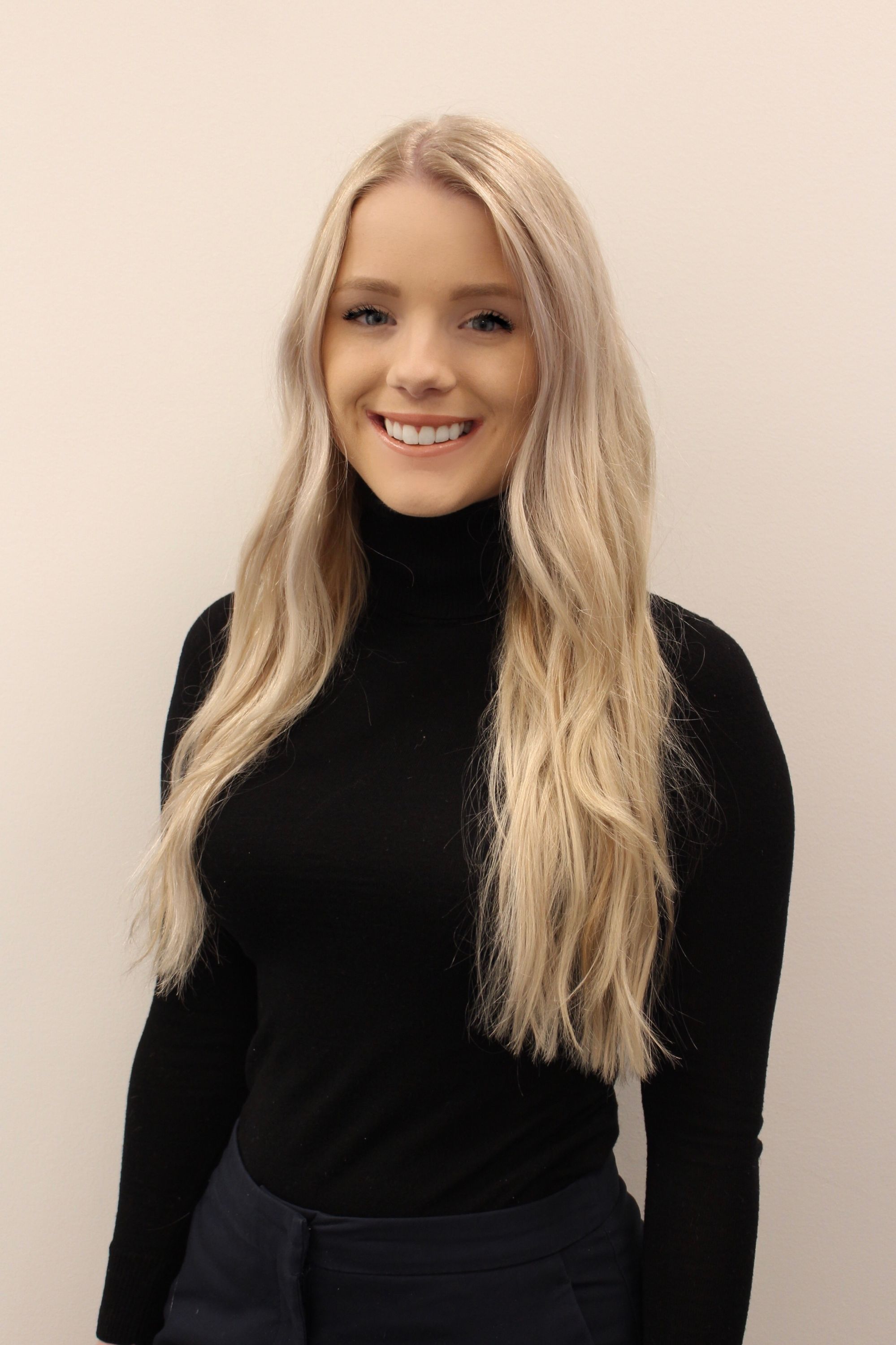 He Said She Said: Conflict and Feminism in the Ghomeshi Trial Shannon Leach

He Said She Said: Conflict and Feminism in the Ghomeshi Trial

I graduated from King's this past year with an Honors B.A Specialization in Criminology. I am currently working in an unrelated field but the continuation of my studies is definitely in my future plans. Sociology was my entry point but my evolving interests in issues of justice, and particularly concerns with equity and discrimination, narrowed my focus to the field of Criminology.

In this paper, I undertake the case study of the Jian Ghomeshi trial to understand how the criminal justice system responds to the problem of sexual violence against women. Specifically, I mobilize two criminological perspectives – conflict and feminist – to make sense of the trial and verdict. Drawing from the work of Richard Quinney, I argue that Ghomeshi’s social status enabled him to avoid discipline by his employer, the Canadian Broadcasting Corporation, in the wake of sexual harassment complaints and to hire a highly regarded lawyer. This case clearly illustrates that the criminal justice system is designed to preserve the status quo and favours the wealthy and powerful. In this particular instance the trial re-victimized the female complainants, putting their actions on trial instead of Ghomeshi's. Feminist theorists have critiqued the adversarial nature of the criminal justice system and the tendency for sexual assault cases to be reduced to a simple 'he said/she said' trial of believability. I argue that in order to restore fairness and equity to the criminal justice process a more empathetic framework must be employed which takes into account the existing power differential between men and women in society. 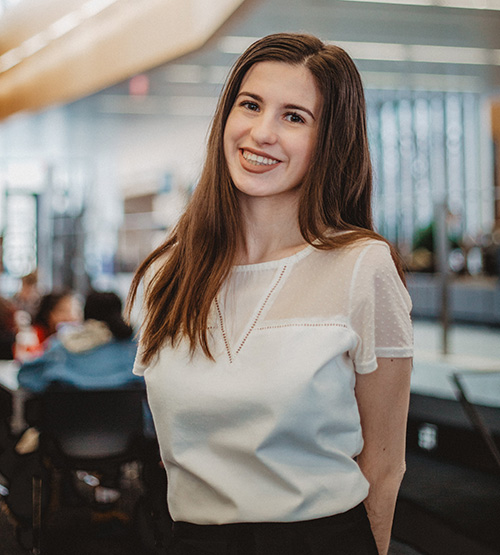 I am currently in my 4th year of study at King's working toward an Honours Specialization in Political Science and am a member of the King's Scholar Program. My scholastic interests are in political economy, trade, and investment law within an international forum. Upon graduation, I am going to complete a Masters in International Economic Policy at the Norman Patterson School of International Affairs. After which, I am going to be attending law school with the goal of obtaining a career in trade or investment law. 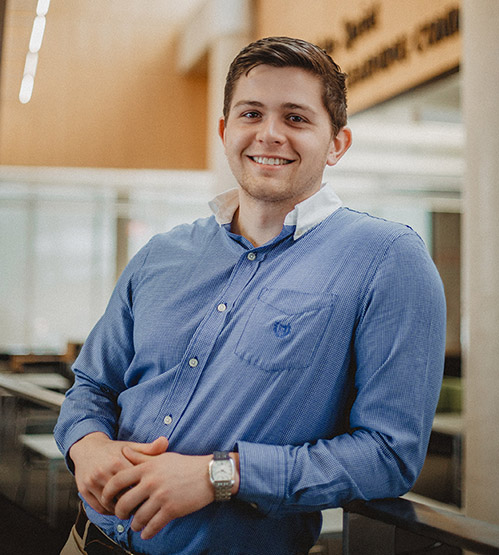 I am currently in my 4th year of study at King's completing an Honours Specialization in Criminology and am a member of the King's Scholar Program. My academic interests include the impacts of poverty, imprisonment, and being socially marginalized on one’s experience with the criminal justice system. After graduation, I am going to be attending Osgoode Hall Law School at York University to begin my legal education.

To contact the editors or for questions regarding the King's Undergraduate Research Journal, please email us at kurj@kucsc.com.