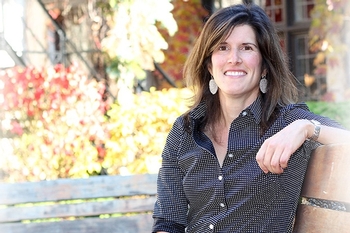 Dr. Stephanie Bangarth is a Professor in History at King’s University College, at the University of Western Ontario. As a graduate of King’s, she is delighted to be teaching at an institution that had an important impact on her academic career. She went on to complete her PhD at the University of Waterloo in 2004. She taught at the University of Guelph for two years before coming to King’s in 2006. Dr. Bangarth is also an Adjunct Teaching Professor in the Department of History at Western and a Faculty Research Associate with the Collaborative Graduate Program in Migration and Ethnic Studies (MER) at Western. She also serves on MER’s Executive and Steering Committees.

I feel very strongly about practicing what I preach: that we should be active participants in our environs. In terms of the academic community I served as Book Review Editor for H-Canada from 2005-2012. I am currently a Councilor with MANECCS (Middle Atlantic & New England Council for Canadian Studies). Additionally, I have been a leader with Girl Guides of Canada since 1993 in the many communities in which I’ve lived throughout Ontario. I’ve worked with girls and young women in Sparks, Brownies, Pathfinders and Rangers, served on the National Scholarship Team (2009-2012) and I am currently the Chair of the Canadian Guider Editorial Committee. I am also an avid kayaker and gardener.

I advise a number of graduate students, and I welcome inquiries from MA and PhD students.