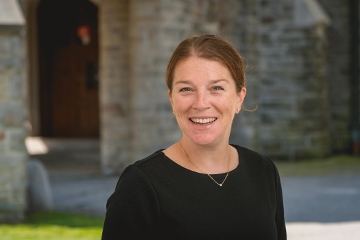 Since living in Guatemala in 1996, at the height of the civil war, I have committed myself to the study and the work of trying to create a more just and peaceful world. As an undergraduate at the University of Waterloo, I immersed myself in examining the role religion played in international conflicts such as those in Guatemala and Northern Ireland. I lived in Northern Ireland in 1997 during “The Troubles” and it convinced me of the importance of working for peace. I then continued this journey while doing my Master of Arts degree in International Development at Dalhousie University. I focused on the role religion can play in both perpetuating conflict, and also as a peacebuilding tool in the Middle East. My work as a community mediator and conflict resolution researcher took me to parts of North America, Europe, the Middles East, Africa and South East Asia. I completed my PhD at the University of Leeds in England, where I focused on South Africa’s transition from apartheid to democracy, and the role religion played in this transition.

My research focuses on the relationship between religion, justice and peace. I have published on topics related to religion and conflict resolution, religion and justice in South Africa, religion and homelessness. My book Religion and Conflict Resolution: Christianity and South Africa's Truth and Reconciliation Commission was published by Ashgate in 2009.My research is interdisciplinary in nature. The two projects that I am currently working on are the role of faith-based organizations in responses to issues of poverty and injustice, such as homelessness, as well as the role of religion in international conflict resolution.

I believe that justice and peace inextricably connected, and that we cannot get to sustainable peace without justice. I have experienced people and organizations committed to making the world a better place through their work for justice and peace. As a result, I created No Peace Without Justice, It is a virtual hub to profile people, organizations and events that work to create a more just and peaceful world through their research, public engagement and activism. This website offers a window into the people and organizations and events that are working to create a more just and peaceful world.

When I'm not working, I'm hanging out with my two boys and my husband, running, biking, travelling (or planning our next trip). 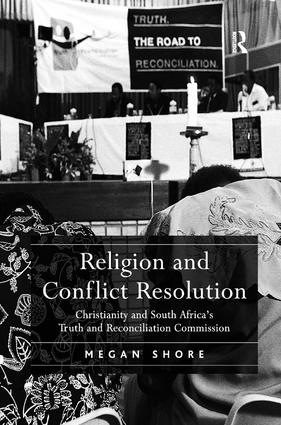 This book examines the ambiguous role that Christianity played in South Africa's Truth and Reconciliation Commission (TRC). It has two objectives: to analyse the role Christianity played in the TRC and to highlight certain consequences that may be instructive to future international conflict resolution processes. Religion and conflict resolution is an area of significant importance. Ongoing conflicts...

Megan Shore and Scott Kline, “A Response to Homelessness in Pinellas County, Florida: An Examination of Pinellas Safe Harbor and the Challenges of Faith-Based Service Providers in a Systems Approach,” in Exploring Effective Systems Responses to Homelessness (Toronto, The Canadian Observatory on Homelessness: January 2016), 74-89.

“The Ambiguous Role of Religion in the South African Truth and Reconciliation Commission.” with Scott Kline. Peace and Change: A Journal of Peace Research. 31(2006): 309-332.

“Christianity and Justice in the South African Truth and Reconciliation Commission: A Case Study in Religious Conflict Resolution,” Journal of Political Theology Vol.9. No.2 (2008), 161-78.

“The Continuing Effects of Apartheid Violence: The Challenge Facing the South African Churches.” The Ecumenist: A Journal of Theology, Culture and Society, Vol. 45. No. 2 Summer (2008): 16-21.

Megan Shore and Scott Kline, “The Gospel Imperative to House the Homeless and the Challenges Facing Faith-Based Organizations in Systems Approaches.” The Ecumenist: A Journal of Theology, Culture and Society, Vol. 53. No. 4, Fall  (2016): 15-19.