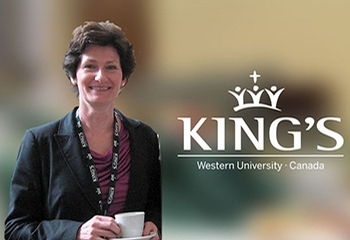 Claudia Clausius is interested in literature and art's challenges to accepted cultural dynamics and political ideas. In the past her research has focused on modern art and such figures as Francis Bacon and Samuel Beckett, Harold Pinter, Paul Klee, and Wole Soyinka. Supported by a SSHRC Connection Grant, her most recent project explores the polarized politics in Germany's interwar period and its contemporary echoes: Weimar 2020: The Glamour of the Empty Centre, an edited volume currently under consideration by University of Toronto Press. She is also at work on a collaboration for an invited paper entitled "Triptych to Eternity" that explores the influences among German poet Johann Rist, J.S. Bach, and the Austrian modernist artist Oskar Kokoschka.