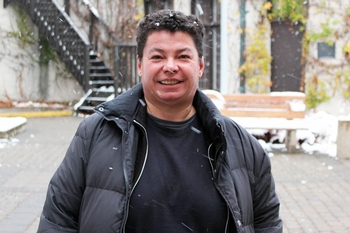 My interest focuses on the different aspects of Medieval Islamic and Jewish Thought and on the various ways in which they are interrelated. On the one hand it is the field of dialectic theology (kalam), a technique of interreligious debates consisting of rational arguments existing both in Islamic and Jewish thought in order to justify the content of the faith. On the other hand, I am interested in comparative mysticism, i.e. techniques and experiences through which the divine can be experienced. Currently I am working on the edition of my monograph on Saadya Gaon, a revised form of my doctoral dissertation, in which I attempt to describe the various interactions between the two religious traditions in the 10th century Baghdad.

“The Finitude of the World and the End of Human Knowledge: The Reformulation of the Philoponean Proofs in medieval Jewish thought,” in Migrating Texts, W. Sweet (ed.), Ottawa University Press.